United Plucked By The Cherries. 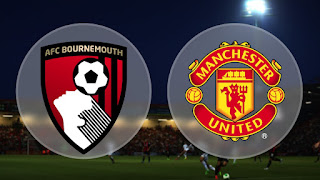 Man United's week went from worse to disastrous as they fell to their third defeat of the league season to a revitalised Bournemouth.

With the amount of players missing United were ripe for the picking by The Cherries and that's exactly how it transpired on the south coast.

After the woes of Wolfsburg, it was supposed to be back to the bread and butter of the Premier League for United and a trip to take on and overpower Bournemouth, but his season has already proven that there are no easy matches and this was in evidence last week when Bournemouth beat Chelsea at Stamford Bridge.

Prior to this match, United were still in the mix at the top of the league and desperately needed a win to not only boost their ambitions of becoming champions for the first time since 2013 but to make a statement of intent to their many critics. This meant that the pressure was on for van Gaal and his team to turn things around.

However, with the huge disappointment of exiting the Champions League van Gaal had the difficult task of revitalising his players for the upcoming busy festive period a task made harder by even more players on the sidelines and a three-match ban for the influential Schweinsteiger.

Anybody who thinks the German star got banned on purpose to continue his tradition of a winter break must be very cynical indeed.

The side that van Gaal chose had a mixture of experience and youth as his hand had been forced due to the length of the injury list endured in recent weeks.

The first start for Borthwick-Jackson in defence alongside a back four including McNair, Blind and Varela gave the visitors an unfamiliar look at the back.

That unfamiliarity bore fruit as early as the second minute when the home side took the lead direct from a corner through Junior Stanislas that looped over David De Gea and evaded Martial on the line. A goal that had a breeze and little bit of luck behind it. They all count in the end.

At least United rallied and responded with a few chances and then a goal of their own before the half hour mark. After Memphis had done the hard work Fellaini was able to prod the ball home almost in a kneeling position. United will take the goals any way they can come these days.

As the match progressed it became all too clear that McNair and especially Borthwick-Jackson were in for a torrid time. The pace that is needed for the Premier League was lacking from the youngster at left-back and his positional play had a lot to be desired, especially when chasing back after trying to help with the attacks.

He's young and has time on his side and can only benefit from this experience, but the same can't be said about Blind who clearly struggled as the main defender without his partner Smalling.

He was terribly slow in picking up his man, the eventual scorer, at the corner from which the home side took the lead. If Blind had been more alert to the danger then the goal could have been averted.

The substitution of goalscorer Fellaini for Powell was an interesting choice by the manager to say the least. As United chased the game looking for the draw, they surely needed as much in the way of firepower as they could muster. So, to bring on a player of Powell's ilk was a strange decision, especially as Ashley Young was also sat on the bench.

Memphis once again failed to raise his game and his only telling contribution was in the build up to Fellaini's equaliser add that to the loss of Lingard through yet another injury to a United player and it's no surprise that Martial struggled to get into his stride. Pereira tried his utmost to get the play moving from the right, but in the end it all lacked the penetration needed as both Carrick and Mata had matches they would probably both want to forget.

Not for the first time this season United's style of play had let them down badly. The fact that there were so many missing players is unfortunate and, of course, gave them a hurdle to overcome. But this is Manchester United we are talking about and any player who pulls on that famous shirt has to give their all and in simple terms that didn't and that failure allowed Bournemouth to capitalise on the uncertainty of the United players.

Both manager and players shouldn't offer any more excuses and get down to the nitty-gritty of solving the problems that quite clearly exist within the system the manager is trying to instil in them before it becomes a problem that is too difficult and too late to overcome.

It has been muted in the press this week that Swansea City could be interested in offering their vacant manager's position to United's very own Ryan Giggs. If so, it would represent a very difficult decision for the former wing wizard to make as he must be sorely tempted to further tune his management skills at pastures new especially as it would be a chance for him to prove his credentials as a future United manager.

Some offers are hard to turn down and no fan would blame him for wanting to test himself at pastures new.